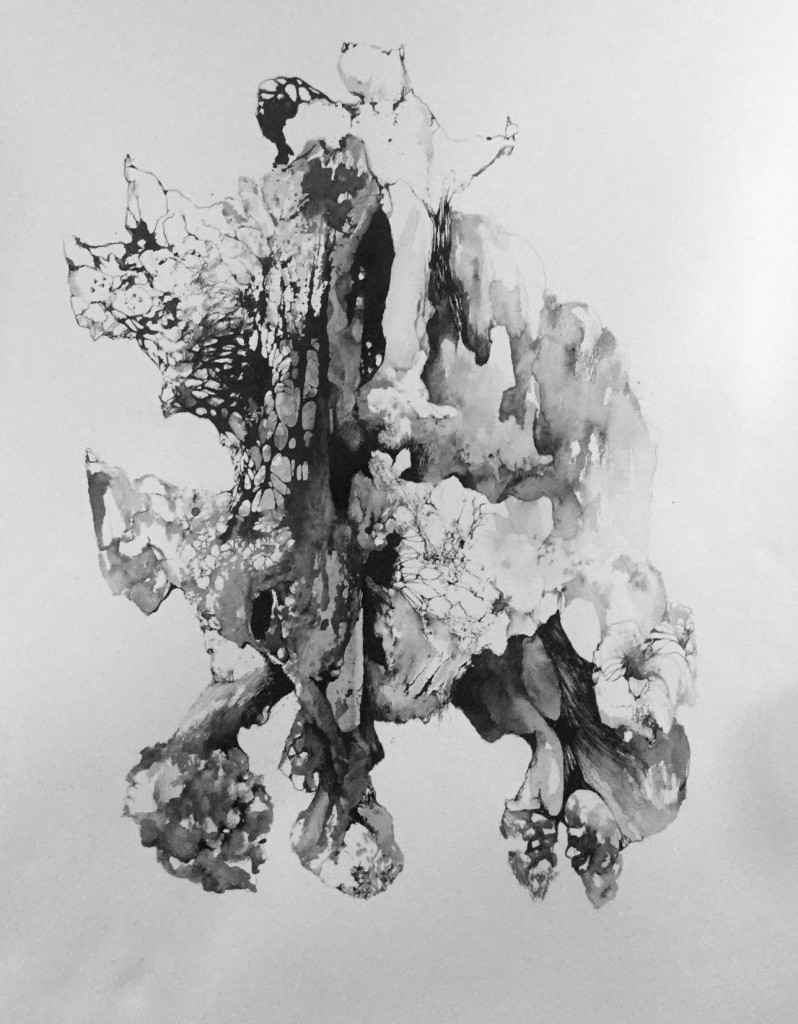 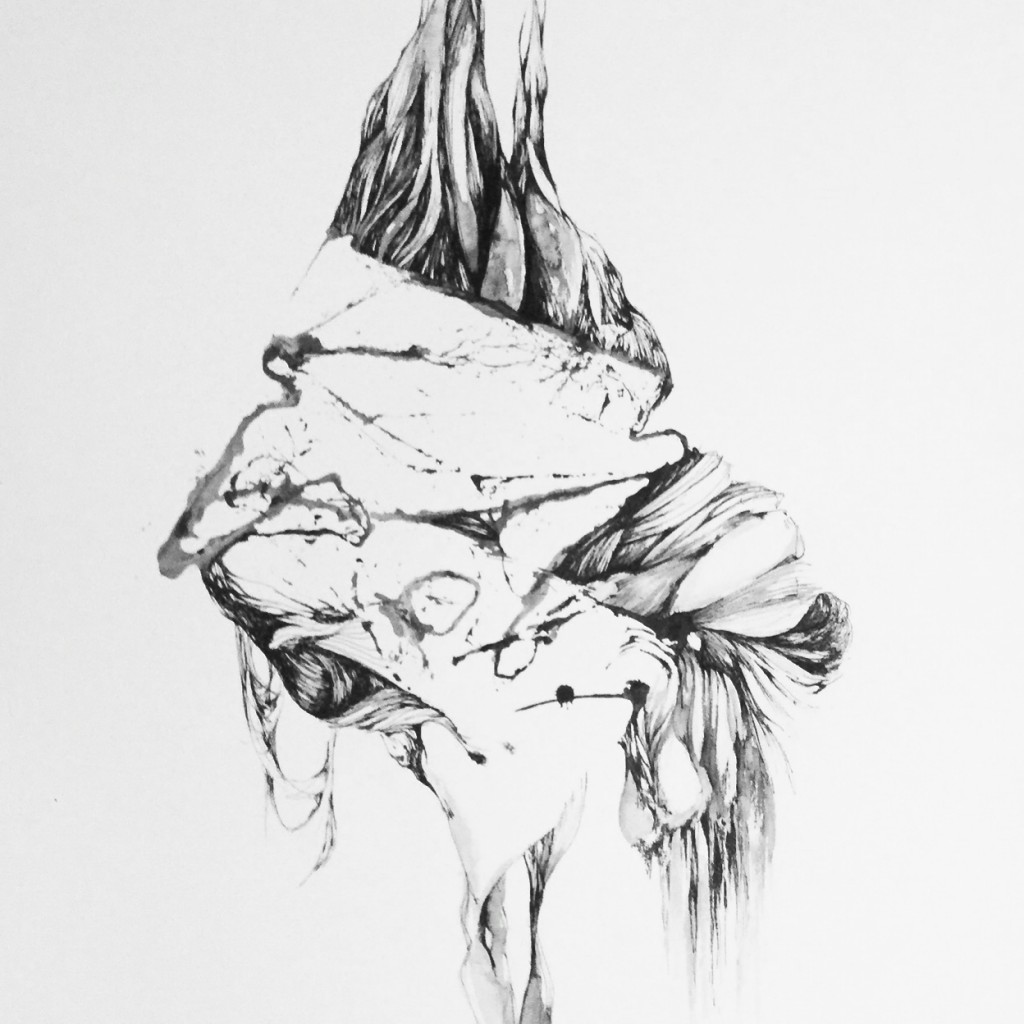 Textile traces is a series of four drawings (in order of making: ”Dream-catcher”, ”Beyond borders”, ”Come what may” and ”What never became”). The foundation of the drawings are made by placing dyed silk-threads on the paper to construct a spontaneous print. This print then controls the rest of the work.

I consider ”What never became” to be the one of the drawings that gather the series the best. The idea with this work was to visualize the thought of, where only a fragmented memories remains, filling in the blanks of what never became. The drawings where made for and shown in a group exhibition at Galleri Tersaeus i Stockholm.